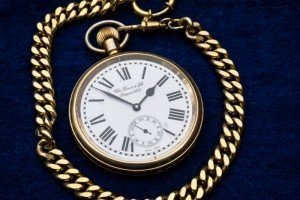 Don’t Squander Your Most Precious Resource

As Real Estate Investors, we are largely independent of the direction and supervision most employees receive, and thus the temptation to misuse time until such misuse has become a habit is greater than many of us are consciously aware of. Realtors all into the same category.  Our time is all we have to sell, for weal or for woe.  Let’s see what Franklin had to say on the matter:

Ben Franklin, our Country’s first millionaire, was famous for his courteous ways and manners, and was once described as being “one of the most courtly and gentlemanly men in the English Colonies”.

However, we all have our “pet peeves”.  I will let the father of the modern Self-Help Movement and founder of Success Magazine, Orison Swett Marden, convey a story illustrating how Franklin felt about those who wasted his time:

“‘What is the price of that book?” at length asked a man who had been dawdling for an hour in the front store of Benjamin Franklin’s newspaper establishment. “One Dollar,” replied the clerk.  “One dollar,” echoed the lounger; “can’t you take less than that?” “One dollar is the price,” was the answer.

The would-be purchaser looked over the books on sale a while longer, and then inquired: “Is Mr. Franklin in?”  “Yes,” said the clerk, “he is very busy in the press-room.”  “Well, I want to see him,” persisted the man.  The proprietor was called, and the stranger asked: “What is the lowest, Mr. Franklin, that you can take for that book?”  “One dollar and a quarter,” was the prompt rejoinder.  “One dollar and a quarter! Why, your clerk asked me only a dollar just now.”  ‘True,” said Franklin, “and I could have better afforded to take a dollar than to leave my work.”

The man silently laid the money on the counter, took his book, and left the store, having received a salutary lesson from a master in the art of transmuting time, at will, into either wealth or wisdom.”

Consider carefully the judicious use of your time, as the odds and ends of spare minutes wasted by many could become the seeds of future security or fortune, if used to nurture your Real Estate business, rather than scattered along the wayside of life.

Listing vs. Selling To Us

Which route is quicker?
Puts more cash in your pocket?
Has less hassle?

I have known and worked with Lou for several years in the real estate business and at Metrolina REIA.

He is a man of high quality, and a great knowledge of real estate. He is a pleasure to

We Buy Houses in: