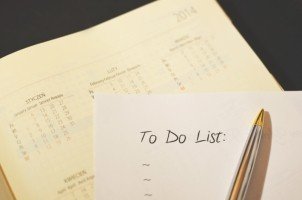 The Power of Clearly Set Goals in Real Estate

Goal setting is integral to success in any field of endeavor, but particularly in Real Estate Investing.  While differing strategies can certainly pay off very quickly, the greatest benefits come to those who buy property and hold on to it for a long, long time.  Rents tend to rise over time, co-relating roughly with inflation, but your mortgage payment will stay the same.  Then, after years of watching rents rise, on one glorious day you will find that your tenant has fully paid off the house.  It is very hard to find someone who has owned income real estate for over 20 years who is not doing extremely well financially.  Your goals today will largely determine what your portfolio looks like 20 years from now, and thus your lifestyle.

Mary knew exactly what she wanted in life.

She had an abiding conviction that she would marry a man who would one day become President of the United States (who that man might be, she had no idea).

Now, just between you, me, and the fencepost; Mary didn’t have a very good shot.  Even her friends described her as follows: “She was possessed of a high and haughty manner, and an exalted opinion of her own superiority.” Her neighbor of 16 years had this to say: “[Mary] had the devil in her.”

Despite the formidable handicap of being born into this world with the permanent demeanor of a badger with a sore tooth, Mary stuck to her goal. Townfolks laughed at and teased her, but nothing could stop her from telling everyone who would listen that she would one day be First Lady. However, as masters of goal setting like Brian Tracy and Napoleon Hill can attest, clearly set and defined goals, long held in the mind and emotionalized with belief in their attainment, often work miracles.

Mary moved to Springfield, Illinois after storming out of her stepmother’s house in a fit of rage.  She had chosen fertile ground upon which to hunt for a husband hewn of Presidential timber.  In 1839 the town had a population of only 1500 people, and out of this meager lot came the two primary candidates for the 1860 Presidential race.

Mary dated both of them in 1839 and the years afterwards.

Her first suitor, the eminent and ultimately wealthy Stephen A. Douglas, seemed to all parties concerned the most likely to be President.  And indeed, Mary courted him as such, until he eventually cast her aside and refused to further the relationship.

To get him back via jealousy, Mary immediately began courting an awkward, ungainly, and indigent young man without a very bright future.  In fact, all the way through most of the 1850s, the few among the American people who knew of him, knew him as “that young man who once debated the great Stephen A. Douglas”.  Mary eventually browbeat this man into marrying her.  He never wanted to, and was miserable the entire rest of his life (her temperment worsened rather than improved).

As my fellow students of history will doubtless have guessed by now, Mary’s name after the marriage became Mary Todd Lincoln, and her husband was the great Abraham Lincoln.

Truth really is stranger than fiction.  Make sure your goals are firmly in place for the coming year.  Great and worthy accomplishments rarely happen by accident.

Lou Gimbutis, owner of Property Solutions, LLC, https://www.soldcarolina.com/, has been buying and selling houses full-time since 2004, first in Michigan, then after moving to NC in 2007.

Listing vs. Selling To Us

Which route is quicker?
Puts more cash in your pocket?
Has less hassle?

I have known and worked with Lou for several years in the real estate business and at Metrolina REIA.

He is a man of high quality, and a great knowledge of real estate. He is a pleasure to

We Buy Houses in: